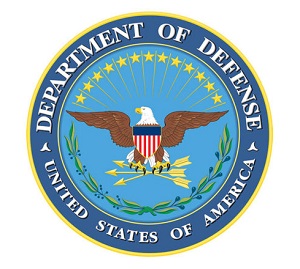 Information received from feedback to Friday’s notice will inform the creation and issuance of formal Requests for Prototype Proposals related to testing and experimentation projects focusing on 5G Dynamic Spectrum Sharing at Hill Air Force Base, Utah, and Smart Warehouse and Asset Management at Marine Corps Logistics Base Albany, Georgia.

The department will release two additional draft RPPs in the coming weeks focused on testing to take place at Joint Base Lewis-McChord, Washington, and Naval Base San Diego, California.

DOD will issue the forthcoming final RPPs via an Other Transaction Agreement (OTA) with the National Spectrum Consortium (NSC). Under the OTA, DOD, in coordination with industry, will develop and mature spectrum access technologies that enable improved cognizance of spectrum activity, protection of U.S. activity in the electromagnetic spectrum domain and provide the ability to relocate and/or share spectrum anytime and anywhere access is denied.

Only members of the NSC in good standing will be allowed to submit proposals in response the RPPs. Interested parties can visit the NSC website.

Responses to the draft RPPs announced in this notice will be accepted through Dec. 16, 2019.

The point of contact for this action is Ms. Alexandra Trunzo, Agreement Specialist, ACC-NJ-ET, 973-724-4179; alexandra.m.trunzo.civ@mail.mil