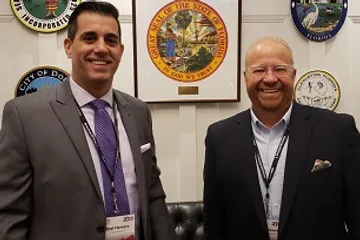 The Information Technology specialist, now a Federal Government supplier, explains how he achieved his goal of doing business with Uncle Sam.

For businessman Abel Herrera, full transparency in the business world is vital for success. With that premise in mind, he decided to stop being an employee by starting his own consulting business in 2004.

As he built his client portfolio little by little, he became convinced that entrepreneurship was for him. Thus, in 2005, he created IT Data Solutions, his own IT services company, which, since last February, secured its federal contract.

Stated this way, it would seem that everything was a bed of roses for this graduate of Management Information Systems. But, behind the scenes and before his renowned success, his first work experience was in construction and basketball camps.

While he was studying at the UCF College of Business, he was also playing basketball for college. And because he was playing for a scholarship in the major division, it became his “job,” and he dedicated all his efforts and time to it. Back then, summer was the only time he was allowed to work, and the jobs he could find were also limited.

After Herrera graduated in 1996, he went to several job interviews so he could work in his professional field. Unfortunately, every single one of those job interviews required him to at least have previous experience. That experience came later at Franklin Templeton, where, in just nine months, he brought stocks from $35 to $130 and Assets Under Management from $250 million to more than $600 million. 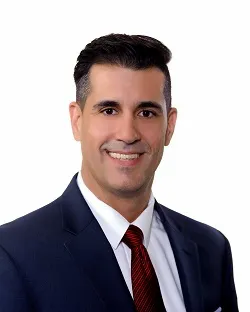 With that achievement in hand, but without the expected recognition, the young American man of Cuban descent decided it was time for him to start his personal project. Among other reasons, he also wanted to start his own business while implementing a full transparency policy, where the people working with him could know how much he was paying them and how much he was charging his clients.

In times when everything evolves rapidly, mainly due to changes in information technology, this transparency in business and his know-how led him to achieve two important achievements.

The first one was working with clients such as the Miami-Dade County and School Board, The Children’s Trust, and Broward County Public Schools, among many others, and the second one was gaining a five-year contract with the Federal Reserve Board of the United States.

The advice of Rafael Marrero & Company

Rafael Marrero, the senior advisor on federal contracts for Hispanics, helped guide this entrepreneur toward Uncle Sam’s path. Through Rafael’s guidance, he introduced Herrera to people who were going through the same journey, advised them on what the Federal Government is, and helped them understand the proposal process.

The proposal process for the Federal Government is different compared to the private sector, in which, if you have connections, everything is easier. Herrera has also worked as a contractor in the private sector for 20 years, but to successfully work with the Government, it’s vital to understand their language — and that is very difficult. 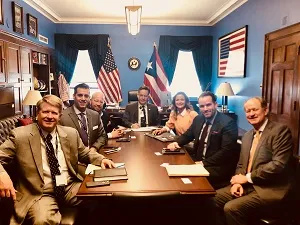 It is precisely because of the complexity of acquiring a federal contract that Herrera appreciates Marrero’s advice so much. He also emphasized how he never would have been able to do it without Rafael’s guidance. In just three weeks, he changed everything:  the Capability Statement, the business cards… Rafael convinced Herrera to go to Washington, and that’s what he did.

When they went to DC in April 2018, they visited the United States Hispanic Chamber of Commerce (USHCC) Legislative Summit, where Marrero introduced him to “Government insiders.” In October of that same year, they went to the National Conference, where he met the contracting officer who told him about the federal proposal that they were about to announce.

Particularities of his federal contract 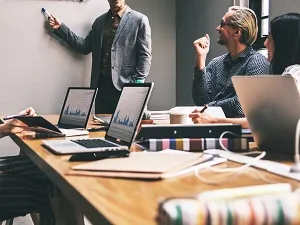 Herrera explained that, normally, the Government posts [the opportunities] on the Federal Business Opportunity website, but this one with the Board was not like that — it was by invitation only. So, when they invited Herrera and other small groups of companies, it was a huge milestone. In the previous five years, 42 companies participated in this contract, and, now, of those 42, only 18 were accepted.

In his opinion, the most relevant thing was that, among those 18 groups of companies, only two new companies got in, and one of them was his. They were able to achieve this in less than 11 months without having previous experience with the Federal government. Of course, they also consider what you have done in the private sector, and Herrera was very proud to have been chosen, and they were absolutely happy with such an accomplishment.

In these five years of working with the Federal government, IT Data Solutions will be offering services inherent to the information technology infrastructure, as well as maintenance and security in current and future facilities of the Federal Reserve Board.

The work of the “Godfather” 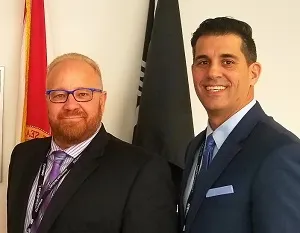 To this day, the now Government supplier continues to work with Marrero to obtain the HUBZone Certification. If he gets it, it will be added to their 8(a) certification from the Small Business Administration and the GSA Schedule 70 certification, which are certifications they have previously acquired.