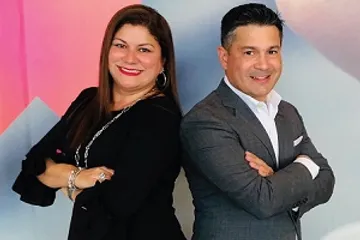 For Félix Serrano and his wife, Minerva, it only took them one year in charge of their business, Activus Connect, to win a contract with Uncle Sam.

This enormous achievement, however, did not happen miraculously. The keys to their success were more than 20 years of experience in their respective areas, an innovative business model, and clear goals as a team. Find out how Rafael Marrero & Company helped these inspirational Latino entrepreneurs launch their dream company.

Activus Connect: From a Dream to a Million-Dollar Contract

More than two decades ago, and almost as if it was written in the stars, Félix and Minerva arrived in the United States with the same goal in mind: to study. Luckily, they both studied and earned their master’s degrees at the University of Denver, Colorado. Félix earned a Master of Business Administration (MBA) degree, and Minerva earned a master’s degree in finance.

From there, both their love story and the joint dream of a promising future were woven together. They’ve been married for more than 20 years, have three children, and own a federal contractor customer service company: Activus Connect.

Training and Trials at a Call Center

Originally from Toa Baja, Puerto Rico (PR), Félix was welcomed by his uncles when he arrived in the United States. According to him, they were very poor, and, although he was offered the chance to apply for a scholarship in Colorado, coming with few resources, he needed to work hard. 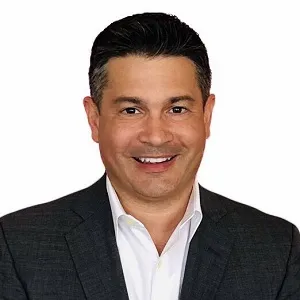 His debut in the work scene was not a piece of cake for the young Puerto Rican. He found a third shift position in a call center where he worked for three years. Although he earned reasonable money in that job, Félix points out that he never thought of staying in that type of job.

“I was learning about operations, training, human resources, technical skills, and, as I continued learning, I continued to move up in the company.” He reported.

The businessman acknowledges that it took him eight years to get his master’s degree. In fact, one of the companies he worked for ended up paying for his education through an employee retention program. This opportunity gave him the training he needed to work globally in a call center environment. His companies routinely worked with companies in India, South Africa, South America, and Central America. Thanks to his experiences, hard work, and talents, Félix was promoted to executive positions in many companies he worked for.

As Félix and Minerva began to have children, Félix realized his schedule didn’t offer the time at home with his wife and young children that he wanted. His busy schedule often included 75% travel time, which left Minerva to raise the children alone. The desire to work closer to home helped launch Activus Connect.

A native of Maracaibo, Venezuela, Minerva Serrano worked in Pepsi’s finance department before having her children and starting her own business, along with her husband.

When the time came to decide what to do to change their lifestyle, they both decided to focus on a virtual call center business model to allow employees to work from home.

What started as a goal to reduce Félix’s travel time transformed into a fully remote business model for the couple and their employees. As of 2020, the company had about 900 representatives working from home in 48 states across the United States and Puerto Rico. 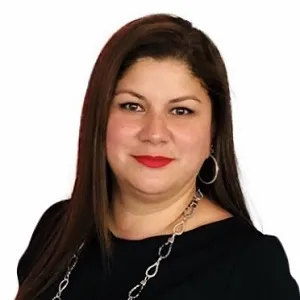 Activus Connect provides customer and sales services in a wide range of industries including logistics, retail, medicine, telecommunications, insurance, travel, and others. It serves its clients in three languages (English, Spanish, and Portuguese) and has its own work platform, SmartVirtual™.

Although it’s only a year and a half old, Activus Connect has already landed a million-dollar contract with the U.S. Census Bureau. Félix received a call from a private company requesting to partner with Activus Connect to work on the important federal contract.

In just 90 days, the growing company won the contract. According to Félix, “It was quick and easy because we were already working in the industry, we were an established business, we met the requirements, we had solid funding, an image on social media, and even though we were small, we didn’t look like it. Besides, we already had federal certifications.” Experience and a solid business plan came together to help them win the million-dollar contract and provide exceptional services to the Census Bureau.

Activus Connect was already winning contracts with the federal government. There were, however, still many opportunities to grow and improve their federal contracting business model. Explore the ways Rafael Marrero & Company helped Activus Connect take the next step in contracting with Uncle Sam. 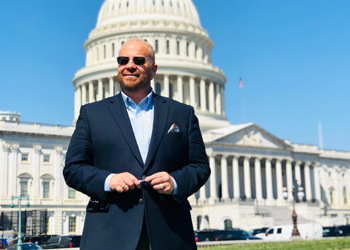 After meeting with Rafael Marrero, the couple was encouraged to certify their business as a minority and women-owned small business (WOSB) with the U.S. Small Business Administration (SBA). The plan was to have them ready in case the opportunity arose. And so it did.

They also registered in the System for Acquisition Management (SAM) and built a strong contractor profile on the recommendation of Rafael Marrero. This allows them to bid on federal contracts and helps them stand out as a reputable contractor for the U.S. government.

Now that the company is allowed to operate in PR, and given their previous satisfactory experience with Marrero, Félix and Minerva are getting ready to obtain the HUBZone Certification, with the help of La Salsa Secreta del Tío Sam book’s author.

“Rafael is very knowledgeable and his lessons are incredible. He helped us with the strategic plan, opened several doors for us, and guided us on each decision. In our case, that was what we needed. We had a concept, but he helped us to refine it. We really wouldn’t have been able to get these certifications without him,” Félix reported.

The Future of Activus Connect

Obviously, continuing to grow as federal providers is one of the main goals of these two entrepreneurs. They are pursuing opportunities with the U.S. Department of Homeland Security, FEMA, and other agencies. Activus Connect can quickly offer services in disaster situations throughout the nation, thanks to their remote work business model.

In their promising path as U.S. government suppliers, Félix and Minerva will continue to rely on Marrero’s support. “He keeps in touch with us, he is up to date on everything, he invites us to events, helps us to establish relationships with important people. He is definitely part of the Activus family.”