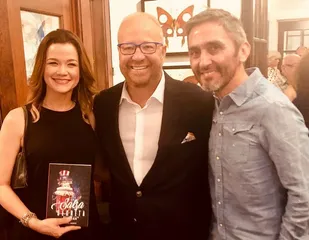 The multi-award-winning digital marketing and advertising agency carves its path to do business with the US Government.

Sarimá Gracia, Creative Director of A + S Ideas Studio, is motivated by social causes and working with non-profit foundations. For her, as well as for her partner and Director of Strategy, Andrés Fernández, it is really important to find a balance between “business and passion, between how much we can do and how much clients can pay to help those who do not have much.”

Nowadays, their company has several federal small business certifications and a contract with the United States Government, undoubtedly the greatest achievement of their careers, but also an important instrument to help others even more. Rafael Marrero, national expert on federal contracting, was in charge of connecting these two Latino entrepreneurs directly with Uncle Sam.

When it comes to motivations 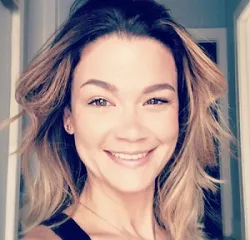 According to the Puerto Rican businesswoman living in Miami, after Hurricane Maria passed through her homeland in 2017, she became very involved in relief efforts and was able to collaborate thanks to the connections she had. However, she also “realized that if we have had the SBA certifications [needed as a company], we could have had more capacity to help.”

At that time, she recalled, “we were already working with Rafael Marrero & Company, and that was the moment he pushed us forward. God forbid from another crisis like that happening again, but if so we want to have the ability to help the country or the state that has gone through this difficulty, and for that you need to be certified.


Currently, the A + S Ideas Studio agency is certified with the Small Business Administration under the minority and women-owned businesses program, as well as under the 8 (a) development program and the Historically Underutilized Business Zones (HUBZone).

As the icing on the cake, she just landed her first government contract to work specifically with U.S. Department of Defense. “Those are big words”, said the 42-year-old businesswoman, who has been working on brand strategy, web design, and advertising for two decades, and one of those decades, at the helm of A + S Ideas Studio.

Located in Miami Design District, this agency has renowned clients ‒ such as Dominican Republic Ministry of Tourism (MITUR), Wynwood Brewing Company, Florida International University (FIU) and Florida Center for Allergy & Asthma Care, among many others, and it has received various international awards.

Gracia said, “we are doing very well in the private sector, but our goal was to work with the government. We are overly excited with this achievement, because it will open other doors for us. Rafael helped us to get certified and changed the way we communicate, because there is a lot of technicality [in federal contracting].

Gracia, an Art Institute of Fort Lauderdale alumna, stated, “it is very difficult to run a business and obtain certifications at the same time.” That is why she acknowledges and appreciates both the advice and the support of the so-called King Midas of the federal contracts throughout the process.

With Marrero’s guidance, “we did the boot camp and we prepared ourselves to aim at our main target, the Federal Government. We received help in marketing: how to speak, what information to include, what to exclude… Rafael also reviewed several of our proposals and gave us feedback. Their help was definitely crucial in getting the certifications and the federal contract.”

A lover of graphic design and solving problems, the businesswoman added that her agency’s goal for the next five years is to grow in the federal market, to continue helping nonprofits organizations (such as the Hispanic National Bar Foundation) and to continue working with current customers.

“10 years ago, we started with Dominican Republic’s MITUR. From then on, all our clients came through referrals and as soon as they came, they stayed”. With this loyal client base and a great expertise in their field, Sarimá and Andrés only needed to reach the next level. 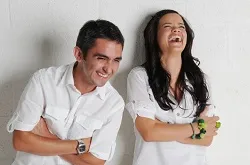 After doing a lot of research on who to work with to become federal contractors, they found out about Rafael and immediately sat down to chat. The businesswoman described this joint work as excellent, while portraying the advisor as “an incredible person”.

That synergy worked so well that Marrero left in the hands of A + S Ideas Studio the design of his book “La salsa secreta del Tío Sam”, the first book in Spanish on how to do business with the US Government, especially aimed at the Hispanic community.

According to Gracia, “Rafael was clear about what he wanted. He talks a lot at his events about la salsa, and the required ingredients for everything to go well. So we said, let’s layout it like a cookbook, with a clean, nice design”. This way, “we bring a dense topic to easy reading that serves as a guide and also allows you to take notes.”

With this work dynamic, Rafael Marrero & Company and A + S Ideas Studio managed to materialize two projects. There is no doubt that Latinos in the US not only help each other, but also empower each other!