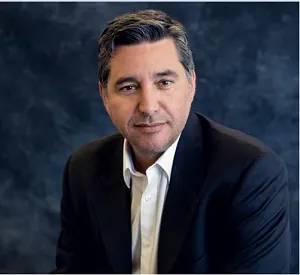 As one of the most renowned promotional products agencies in the US, Hitex Marketing — the #1 in the marketing industry — is now leveling up and getting ready for federal contracting.

Sometimes, a person’s professional fate is written in their childhood. When it comes to Enrique Pérez, the president of the Hitex Marketing Group, his life is an example of how one’s professional success was established early in his childhood years.

Perez, who was born in the United States, was the son of a Spaniard “who could sell anything” and an Argentine who taught him “to see the world in a positive way.” He spent his childhood between Los Angeles, his hometown, and Spain, where his grandfather was waiting for him “to work in the mountains.” On top of that, he also traveled extensively to Argentina and Bolivia, where he spent time with his close relatives.

Without knowing it, the founder of the internationally renowned agency was building the foundations for his future training, which focused on Foreign Trade. Today, after more than 20 years at the helm of his million-dollar company, this son of immigrants intends to do business with Uncle Sam, knowing that the skills and values he learned as a child, as well as his constant travels, are the key elements in his path to success.

“Looking back, I can now see how my business has grown with a lot of international influence, and I think it’s because of all that.” His childhood and all his exposure to different cultures and perspectives, on top of his vast experience as a business, were crucial to his success as a marketing expert. It turns out that Pérez, who moved from Los Angeles to Miami after graduating from Loyola Marymount University, only needed two years working at a music company, now Alliance Entertainment, to realize what he really wanted was to be an entrepreneur.

In his two-year stay with the music company, he relates how “they were looking for a young man who wanted to travel through Latin America and work in the market development.” That was perfect for a 24-year-old. In his second year, he added how he did extremely well, “I opened a $10 million market. They really trusted me, which opened doors for me, and I had the chance to see the world,” something that surely influenced the idea of starting his own business. 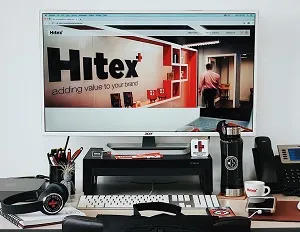 By then, he had clients he had met on his travels. Perez said, “what I did was, I kept buying these innovative electronic products for the different programs they had in Latin America. And before I knew it, they were asking me if I could get them promotional [products] for banks.” He confidently replied with a resounding “of course” every time. That was when he realized the incredible business opportunity in promotional products.

In the same year, the Gold Coast Promotional Products Association contacted Pérez. They were looking for someone like him (Latino, young, and with the knowledge of the industry) to join the board. They started sending him to leadership conferences, where he met the most remarkable minds in the industry. Three years later, he became the president of the association in Florida.

In 1999, the thriving businessman dedicated his entire focus to that one industry — marketing. By 2001, Pérez had developed a very different view about promotional items compared to what people had in general. According to him, Hitex Marketing does not tie its services to advertising products, but to branding. This strategy gives continuity to the brand’s message.

For Hitex Marketing, “the message is the most valuable and important thing,” which explains the growth they quickly began to experience. Every year, the company grew between 30 to 40%. Today, Hitex Marketing is now a $10 million-dollar company. But, of course, as true to all stories of entrepreneurship and success, things were not always easy.

In the beginning, Pérez had to face several challenges: from running his business from the condominium where he lived (with his wife and newborn son) to getting ahead with truly outdated resources since the Internet was not widely popular yet, only faxes, Excel, and QuickBooks.

“I remember we had our bed, a desk, and the crib in our bedroom, so I had to do something.” And he did: he continued to grow, moved the business to an office, got employees (mostly graphic artists), and found the Facilis Group — a consortium that provided him with helpful software.

The software helped them organize everything, which made it possible to increase sales and the sales team. Even then, they were doing everything remotely. Today, we have sellers in different countries, from Costa Rica, Trinidad, and Tobago, Spain, and the Philippines. And they also have important clients such as Deloitte, Coca-Cola, Amazon, McDonald’s, Uber, Heineken, MasterCard, Guinness, Lincoln, Ford, Toyota, Hertz, and FIU, among others.

“We are doing very well in the private sector, but we’ve realized there is an incredible opportunity in the public sector for a company that can qualify for [federal] certifications and has the knowledge to provide services at this level.”

True to his agency’s slogan, Adding Value to Your Brand, Pérez is ready to add more value to his company by getting federal contracts. For this milestone, he couldn’t have found a better guide than Rafael Marrero, the nation’s leading advisor in terms of Government contracting within the Hispanic community. 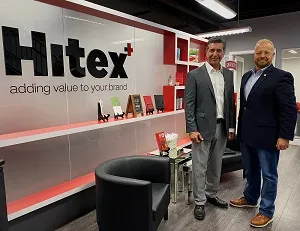 When he first spoke with Rafael, he told himself, “this is exactly what we are looking for and the first step to move our company into the future.” The second time he saw him, he was promoting his book, La Salsa Secreta del Tío Sam. The way he speaks, the connections he has, and the respect he inspires made Pérez feel confident about his decision. Without a shadow of a doubt, he knew that these things are essential when you’re looking for a partner.

With the help of Marrero and his team, Hitex Marketing obtained the certification as a Small Business in Miami-Dade. On top of that, they applied for the SBA 8(a) Business Development Program certifications, as well as the certification as a minority-owned business. Marrero also trained the whole team in how to sell to the federal Government and, according to Pérez, “everyone left with the same feeling I had the first time I met him: this is the future of our business.”

The big addition of the greatest customer 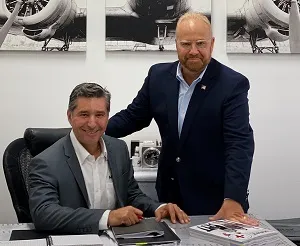 Besides the advice that the multi-award-winning expert is giving them, Pérez assures that Marrero is also guiding them in each step towards the right path.

“We are not wasting any time, and that is very important.” With Marrero’s guidance, they are certain that they have the resources and the right vision to proceed. They already have the expertise of the private sector. But with the help of Rafael, they will now also have the certifications and the know-how to be able to work with the Government.

Recently recognized with the Partner of the Year Award (2019) by Facilis Group, and with the 10,000 Small Businesses Scholarship from Goldman Sachs (2020), Pérez is grateful that Marrero has introduced him to other business owners who have been doing business at the federal level.

Rafael helped us connect with the people who have successfully completed projects at the federal level. These experiences inspire them, prevent them from making mistakes and allow them to reach their business goal sooner — a goal that will reinforce Hitex Marketing’s values and mission. Without a doubt, “the Government of the United States is a great customer we want to work with and to whom we will provide the highest level of service.”