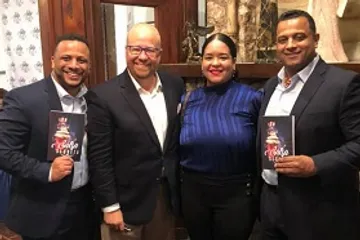 Finding success in the U.S. of A, specifically in Lawrence, Massachusetts, is a source of pride for brothers Amiel Vargas and Ramón Quezada Vargas. The Vargas Brothers are the proud owners of Labor On Site, a company whose headquarters can be found in the so-called City of Immigrants.More than 40 years ago, their grandmother arrived in Lawrence with her whole family. Today, after a lot of work and effort, her grandchildren can’t find the words to express how grateful they are to achieve the American dream. Learn more about this inspiring success story of how Amiel and Ramón became owners of a thriving business and contractors with the U.S. government. 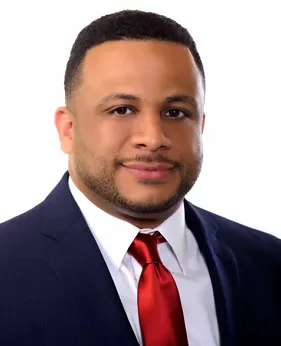 Amiel, who now serves as President and CEO of Labor On Site, was born in the United States. Ramón, Director of Business Development, was born in Santo Domingo but met up with the family in the U.S. when he was eight years old. Both are Dominican and Hispanic, and they are proud of their roots and the place where success has led them.

When the family first moved to Lawrence, their grandmother worked in factories, which was typical for the Irish, Italian, Puerto Rican, and Dominican immigrants who lived in the area. It was hard work, and the brothers are incredibly grateful for their family’s sacrifices. When their parents left their homeland, they knew they took a great risk. So, for the Vargas brothers, getting to where they are now was because of their family’s sacrifices, and that makes them feel extremely proud. Ramon even once said he is “100% sure that’s where the best in us comes from.” 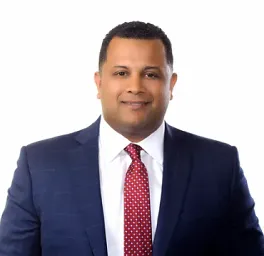 These Hispanic entrepreneurs had to overcome various obstacles on the road to their dream and success. Ramón, for example, had to abandon his international business studies to support his family and give his daughter a better future. That’s why, in 2001, he created a staffing agency in Massachusetts — something that gave him essential experiences that helped shape his future.

In 2006, Ramón bought a gas station in Sunrise, Florida. He moved out to Miami and convinced Amiel to do the same as well. They decided to create a new location — similar to a branch of their Massachusetts agency in Miami — thus launching Labor On Site. Amiel, a graduate of Management Studies from Cambridge College, became the president of their newly opened agency.

Eventually, they connected their Massachusetts and Florida businesses. They now have offices in both states, although the parent company continues to be located in Lawrence. This location is important symbolically as the home of their entire immigrant family.

Early Obstacles for Labor On Site

One of the earliest challenges for their new, growing business was the Great Recession. The situation was difficult across the nation during 2008 but was particularly tough for the town of Lawrence. As Ramón reported, “Unlike Miami, Lawrence is 6 square miles, and we know everyone. We were used to something smaller, more connected.” It was a change that he had no words to explain, but he knew that everything happens for a reason.

Amiel continued to study and train for his role in the company. He worked at UPS and studied at Cambridge College. He also worked as a recruiter for the college to help pay for his studies.

During that time, Ramón launched and started his own second business. The brothers felt the second company was an extension of the first. And thanks to the work experience and relationships they acquired, they were able to build Labor On Site into a thriving business. 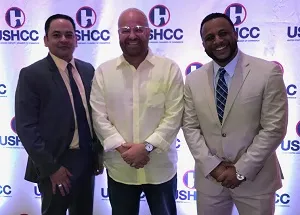 In 2014, during an event in Fort Lauderdale, Amiel met Rafael Marrero, a renowned businessman and national advisor on federal contracting matters. After researching what this consultant could do for their company, he and Ramón decided to contact him.

Dr. Rafael Marrero met with the brothers. He outlined a plan to utilize resources, certify their company, and expand their opportunities as federal contractors.

In Massachusetts, Rafael Marrero & Company set up a federal sales training boot camp to train the entire team at Labor On Site. Dr. Marrero helped them enroll in organizations, advised them on federal branding materials, and explained key federal terms and talking points. Now, the company has a new brand and is more than prepared to speak professionally with crucial decision-makers in federal agencies.

The U.S. Small Business Administration (SBA) offers many certifications that are critical for winning set-asides and standing out as a small business federal contractor. Dr. Marrero assisted Labor On Site in successfully applying for HUBZone certification for both of their locations. He also helped them prepare their SBA 8(a) certification annual recertification.

Because the brothers wished to work with the Department of Transportation (DOT), they also applied for DBE certification. Thanks to Rafael Marrero & Company, their business also received the SBA All Small Mentor-Protégé Program Certification, which allowed them to work alongside Aulsun Companies, a service-disabled, veteran-owned company (SDVOSB), with which they have established a strategic partnership. This partnership proved advantageous in winning a multi-year, multimillion-dollar facilities maintenance contract with the United States Air Force during the early days of the COVID-19 pandemic.

Another benefit of partnering with Dr. Marrero is the formation of strategic alliances for Labor On Site. He immediately introduced Amiel and Ramón to the United States Hispanic Chamber of Commerce (USHCC). On top of that, he also helped them understand the importance of networking and partnering with other federal contractors to complement their SBA certifications and skills.

Their perspective was changed. They learned that their mindset should not be limited to working alone because there’s still a lot to know when working with the government. It is a strategic partnership where two companies offer different things, but they come together for the common benefit.

With the help of Marrero, Labor On Site made its way into the facilities maintenance and janitorial services sector. Providing janitorial services to courtrooms and other government buildings has allowed the brothers to continuously expand their business, hire more workers, and improve their relationships with federal government decision-makers.

The Future of Labor On Site as a Federal Contractor

In 2019, Labor On Site projected approximately $10 million in annual revenue. This was an incredible 45% growth over the previous year. With the help of Rafael Marrero, they achieved one important milestone in 2020 — to be on the Inc. 5000 list. They credit much of their growth and vision to Rafael Marrero. “Marrero taught us how to have a plan,” Ramon said. Back then, they knew that they were growing, but they didn’t have a specific vision of where they wanted to go. Now they can say that they have an experienced colleague on their team, and they know he will lead them to the next level.

Amiel agreed with his brother and business partner about the importance of partnering with a trusted advisor like Dr. Marrero. Marrero gave the Vargas brothers a new perspective. He opened their eyes and pointed out the opportunities they had on the table. He’s helped them a great deal to become contractors in the federal market, which was not an easy feat but a worthwhile milestone in the end.