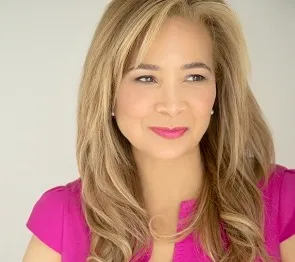 From young model to successful businesswoman: this has been the transition of this Puerto Rican woman living in Miami, who now does business with the Federal Government of the United States.

In 1980, with only 15 years old, Renata de Weert dazzled everyone with her talent on the catwalk and became Puerto Rico (PR) “Model of the Year”. Almost 40 years later, that same woman has a long history in the field of logistics and transportation, and with a client that legitimizes her gift for entrepreneurship: the US Federal Government.

Whoever met her after winning the First PR Model Convention, perhaps thought that this beautiful young woman would dedicate her life to modeling. However, as she confirms, “in the business world, you have to be multifaceted”. And she has proven to be so!

After the competition in question, Renata did work as a model doing ad campaigns, magazine editorials and a lot of catwalks as a member of a renowned modeling agency. She also took part on New York Fashion Week by then, where she met prestigious designers and famous people such as the legendary Italian actress Sophia Loren.

She was, basically, “a teenager who worked every day” in what she was passionate about, but one day, after being accepted at Florida International University (FIU), she made the decision to leave “that world of glamour” to finish her Finance career.

The former Puerto Rican model graduated from FIU and began working in finances, in Miami. She worked there for about nine years and then she moved to the world of telecommunications where she had the opportunity to work with a partner as a consultant at Telefónica USA. 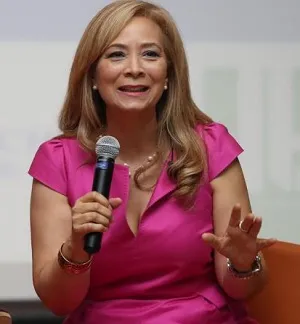 “I was working with a logistics company for Telefónica in Spain. With this experience I learnt so much about reverse logistics, different countries, terms of export and import, and when I finished that project, I decided to start my own business.”

December 2007, Innovae Group was created as “a fairly international company from the beginning” with an actual network of logistics services that covered countries such as USA, Mexico, Colombia, Argentina, Venezuela, Guatemala, Brazil, Uruguay, Germany, Spain, Finland, China, Korea and Malaysia, among others.

Let’s talk about the federal market

As the company expanded and she gained more experience, Renata began researching how to grow the business. “I started to look for a way to work with the government. I saw that there was an opening for women and small businesses, and a set aside that was meant for people like me. I said to myself: ‘Awesome, this is my chance’”.

Although she initially secured a GSA Contract to use her services, her first federal project was with the Air Force. “It was an amazing learning experience, because I was able to learn about that part of the business and also it brought me other opportunities.”

Basically, “I understood who my clientele was, who was in need of the services I offer. Small businesses are not my target, but I can help businesses between $200 million and a billion dollars: a large institutional client who may not have a logistics company or a supplier with enough experience. That is why I thought the Federal Government was going to be an opportunity for me.

That opportunity, actually, came two years ago in the form of a federal subcontract with the U.S. Navy.

When it comes to federal contracting within the Hispanic community, there is one name that stands out for his impeccable management and vast experience: Rafael Marrero. The expert, who helps Latino entrepreneurs do business with Uncle Sam, made it possible for Renata to take her company to the highest level, by turning her firm into a subcontractor for the U.S. Navy.

“Marrero is an remarkable professional who can help any business to become a Government contractor. Although you can start as a small company, you must be structured as a large one. So he helps you to put yourself together, grow up and be able to do what needs to be done.”

According to the executive, working with the author of the best-seller La Salsa Secreta del Tío Sam has been extraordinary. “Marrero was in charge of the whole process: they evaluated me [as a government supplier] and then accepted me. For me, it was seamless.”

He also “helped me with another contract with the DOT [Department of Transportation]. That started last year and is one of the largest contracts in transportation. As a subcontractor, the side benefits give me a lot of confidence to go after other companies that wouldn’t do business with me if I weren’t working for the DOT.

Marrero and Renata are currently studying federal contracting strategies using Transportation Command Forecasting. Among other details, this forecast includes all opportunities before they come out and represents “an advantage” for the entrepreneur. In the same fashion, both work depending on whether Innovae obtains the HUBZone Certification, either in its Miami location or in its branch in Puerto Rico.

As for the industry where life has taken her, the ex-model admits she loves logistics and that she has amazing customers, however, “there is still a feeling” that makes her think about modeling. 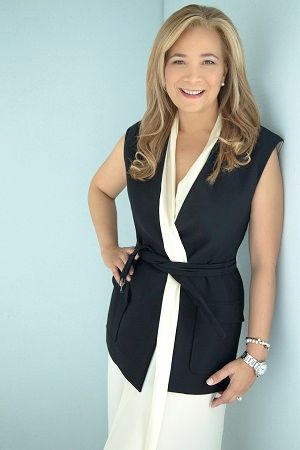 “There are loads of companies that have a division for older models. That would be great; it is something I love, I did it for many years. I think I could take advantage of that too, maybe in the future.”

In the shorter term, Renata plans to establish herself as a Government supplier, continue to develop relationships with decision makers and grow her business. “I would like to have the 8(a) Program certification to become a better business; to earn and win contracts because I am the best company available to do the job, not because of the set aside, but because of the quality of my work.

There is no doubt she will succeed! She started working as a teenager, won a national competition at 15, started her own business with a loan, and today she says “go ahead” to her dreams of entering in the federal market. “It’s scary”, she concludes, “but you have to overcome that fear and take the leap of faith.”