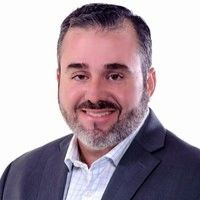 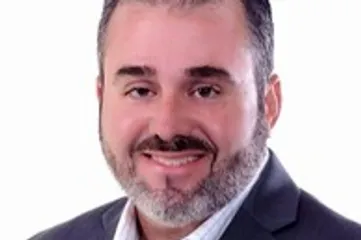 Appearing in the annual list of America’s fastest-growing privately owned firms published by Inc. magazine is a prize for any businessman. Appearing three consecutive times on their 5,000 list is a major achievement. Tony Noa, founder and president of 360 Energy Solutions, has done it.

Son of first-generation Cuban immigrants who arrived in the United States in 1961, this Miami-born businessman stands out in the energy sector, both in the private and federal markets. See how he not only launched a successful business but quickly became a federal contractor doing business with the world’s largest client: Uncle Sam.

From Selling Generators to Generating a Thriving Business

His almost 20 years of experience in the field have earned him important local clients, such as Florida International University, Jackson Memorial Hospital, and Miami-Dade County. He has also established himself as a federal contractor working for the Department of Agriculture, the Coast Guard, and the U.S. Air Force. These experiences allow 360 Energy Solutions to walk the walk and talk the talk as a thriving federal contracting company.

Tony Noa, the creator and CEO of 360 Energy Solutions, recounts his story of challenges and successes on the path to becoming a contractor for the U.S. federal government. He relates how he started his entrepreneurial journeys, grew his small business, and leveraged expert advice to participate in the federal marketplace. See how his early career challenges led to a thriving business thanks to his perseverance and the assistance of Rafael Marrero & Company.

Tony Noa’s parents first lived in New York when they came to the United States. After two years and the birth of their first daughter, they moved to Miami. Tony and his other sister were born soon after arriving in Miami and shortly before his father died.

After losing his father at the age of four, Tony Noa’s mother raised him until he was old enough to help support the family. His first jobs included working in an airline, as a truck driver, and in many departments of Caterpillar. He learned key skills about generator sales and maintenance, as well as other practical business skills.

He chose the 33137 zip code area of Miami to start his door-to-door advertising. As he literally went door to door and offered his services, Tony discovered a few tricks that assisted his years of experience and commitment to quality work. “I was looking for buildings with more than three stories, which must have had a generator for the elevator and emergency lights,” Tony stated.

After six months of operating in this way, he was able to hire his first employee. He continued to grow his business by hiring technicians a year and a half later. It was hard because experienced technicians earn good salaries and have better benefits. It was not easy for them to leave a national company to work with a stranger who was just starting out,” Tony recounted.

Thankfully, his passion, company culture, and success drew quality technicians to his company. He focused on a 15-mile radius of his headquarters in Miami to promote prompt emergency services.

Transitioning to the Federal Market, the Rafael Marrero Way

After expanding his business horizon to other areas of Miami and its surroundings, as well as working for multiple private clients, public schools, universities, and hospitals, Tony decided to venture into the federal sector. He chose Dr. Rafael Marrero, the nationally renowned federal contracting expert, to guide him in this transition to doing business with Uncle Sam. Rafael Marrero & Company used the following strategies to create a fast track to success for 360 Energy Solutions. 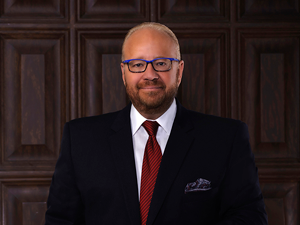 The first step into the federal marketplace can be difficult, even with a well-established private-sector client list. After overhearing Rafael Marrero’s expertise in the area at an event, Tony reached out and requested his management consultancy services.

Dr. Marrero also highlighted the importance of personal contacts with key decision-makers, both locally and in federal government agencies. He introduced Tony to leaders of key organizations and chambers of commerce for his Miami-based company.

Thanks to these business-to-government marketing tactics, 360 Energy Solutions was on the fast track to becoming a supplier to the world’s largest client: Unce Sam. Advertising and Marketing materials help companies like Tony’s to connect with risk-averse key decision-makers in federal agencies.

The Future of 360 Energy Solutions

With a workforce of almost 30 employees and a growth of over 400% in the last three years, this Cuban-American business is expected to continue to grow. In the short term, the company plans to have a second branch in central Florida to cover the northern part of the state, enabling it to provide its services to many other clients.

At the federal level, the three-time Inc. recognized fast-growing company will continue to seek contracting opportunities under the advice of the author of La Salsa Secreta del Tío Sam. As Tony stated, “We will continue working with Marrero, and we recommend him because he is a great partner for any company wanting to work in the federal market.”