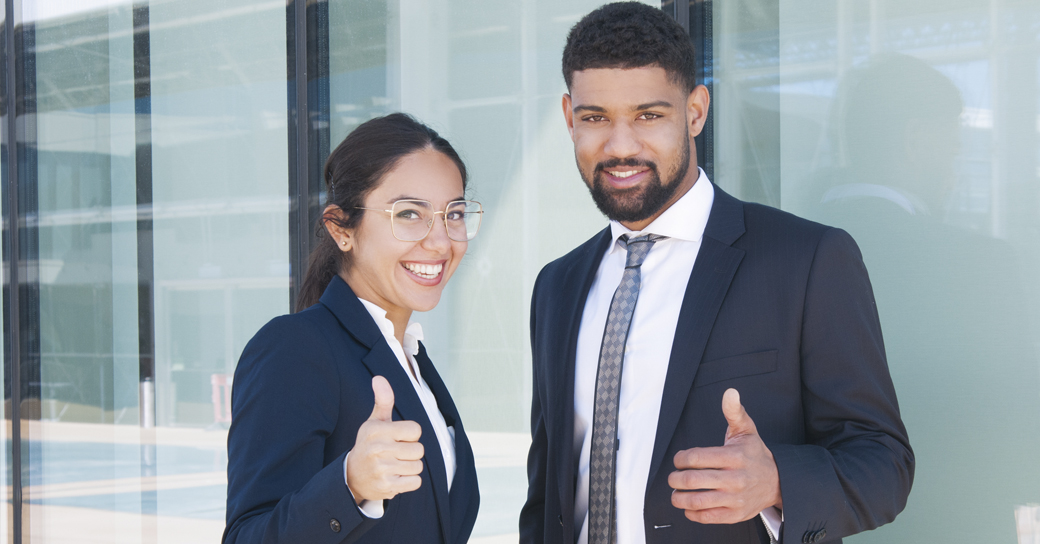 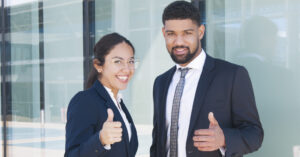 Although federal contract spending slipped in 2021 to $645.5 billion from $686.1 billion in 2020, spending remains high compared to the years preceding 2020, and the industry is still booming — particularly in specific fields and with specific contractors. Learn who’s still spending significant money on federal contracting in this overview of the top 20 federal government contractors.

Boeing, an industry leader in the design, manufacture, and sale of airplanes, rotorcraft, rockets, satellites, missiles, and telecommunications equipment worldwide, has been one of the top federal contractors for decades.

In 2021, the company received a contract from the U.S. Department of Defense for $23.8 billion for services to a fleet of C-17 Globemaster III aircraft over 10 years.

More recently, in March 2022, Boeing was awarded a $498.3 billion contract for the production and delivery of the Harpoon Coastal Defense System Launch System to support the government of Taiwan.

As a longstanding defense contract leader, half of Lockheed Martin’s annual sales are to the U.S. Department of Defense. In 2020, Lockheed Martin had $75.8 billion worth of federal contract obligations. In 2021, the company was awarded a $447,230,778 fixed-price contract to produce and deliver 12 MH-60R aircraft to the government of the Republic of Korea.

In 2021, the U.S. Air Force awarded Raytheon Technologies Corporation a $2 billion contract to develop and make a nuclear-armed missile. The missile is expected to be complete in 2027.

The company was awarded another multibillion-dollar contract in April 2022 by the U.S. Navy. The contract, worth up to $3.16 billion, is for Raytheon to provide radars for up to 31 ships over the next five years.

Aerospace and defense company General Dynamics was considered the fifth-largest defense contractor in the U.S. in 2019. But recent large government contracts have pushed them up the list, including the 2022 ground control and operations contract issued by the Space Development Agency in 2022. This contract is worth $324 million and is intended to allow General Dynamics to establish the ground operations and integration for Tranche 1 of the Space Development Agency’s National Defense Space Architecture.

Alabama-based defense manufacturer Northrop Grumman was awarded a $1.4 billion contract from the U.S. Army in 2021. The funds are to have the company produce an advanced wartime control system, which Northrop Grumman has dubbed the “Integrated Battle Command System.” The integrated hardware and software product works to locate, track, and defeat air and missile threats. It’s expected to take five years to complete.

McKesson distributes pharmaceuticals and provides health IT, medical supplies, and care management tools. The company delivers one-third of all pharmaceuticals used across North America. In 2019, the Department of Veterans Affairs (VA) announced a contract extension that would continue McKesson’s role as the prime pharmaceutical supplier for the VA. The agreement went into effect in 2020 and designated McKesson as the supplier for all of the VA’s medical centers and outpatient clinics as well as the agency’s mail-in pharmacies.

McKesson is the largest non-defense vendor that serves the VA, Department of Defense, and other government agencies.

In fiscal year 2020, McKesson had $10 billion in federal contract obligations.

In fiscal year 2020, Huntington had $8 billion in federal contract obligations.

In fiscal year 2020, Humana had $6.9 billion in federal contract obligations.

In 2021, Honeywell International was awarded a $21.7 million contract spanning five years for the repair of five aircraft parts for the FA-18, EA-18, and AV-8 weapon systems.

Later in 2021, Honeywell was granted a $9.3 million fixed-price delivery order under a previous ordering agreement. This delivery order is for the procurement of the embedded Global Position System/Inertial Navigation Systems to support the F/A-18 aircraft.

In fiscal year 2020, Honeywell had $6.6 billion in federal contract obligations.

The largest defense contractor in Europe, BAE Systems, was awarded a $78.4 million fixed-price modification to a prior contract in 2021 for the procurement of radio frequency countermeasures to support the Navy, Air Force, and Foreign Military Sales customers.

Fortune 500 firm Booz Allen Hamilton won a $674 million contract with the Department of Defense in 2021 to maintain and support the growth of the DOD’s Advana data analytics platform.

More recently, Booz Allen Hamilton was awarded a $622 million contract in 2022 to help manage the security and privacy of IT processes across NASA.

In January 2022, General Electric was awarded a $12 million contract to maintain and overhaul the UH-60 Blackhawk helicopter.

In fiscal year 2020, GE had $4.9 billion in federal contract obligations.

As part of the agreement, Rolls-Royce is to provide 608 F130 engines, support equipment, spare engines, and commercial engineering data.

In 2022, AECOM Technical Services was awarded a $28.4 million contract modification for comprehensive long-term environmental action at various U.S. Navy sites. This contract modification is an extension of a previous contract and brings the total value of the contract to nearly $40 million. Some of the tasks included in the contract include additional support for drinking water sampling and evaluation, National Pollutant Discharge Elimination System sampling, and surface soil sampling.

In fiscal year 2020, AECOM had $3.9 billion in federal contract obligations.

In 2021, defense contractor L3Harris Technologies secured a federal contract for $3.3 billion to manufacture radio systems and communications equipment for the U.S. Army. L3Harris will also provide spares, ancillary items, and support services to the Army as part of the contract.

In March 2022, Amentum received a $99.94 million contract from the Navy to provide maintenance and logistics support services for aircraft at the Naval Air Warfare Center in Maryland. Contract work will also take place in Nevada through September 2023.

In May 2022, Amentum was awarded a $136,667,022 modification for contractor logistics support for government-owned fixed-wing fleets that perform transport aircraft missions.

Later that year, the company won a $91.6 million contract also from the DLA for services in support of multiple weapon systems programs for the Air Force, Army, Navy, and Marine Corps.

Need help securing a federal contract of your own, or working as as a sub-contractor to a Prime Contractor? Contact Rafael Marrero & Company today.

What Is a GSA Contract?

The U.S. General Services Administration (GSA) Multiple Award Schedule is one of the largest government…

What Are the Top Federal Contracting Opportunities for Military Veterans?

What Are the Top Federal Contracting Opportunities for Women-Owned Businesses?