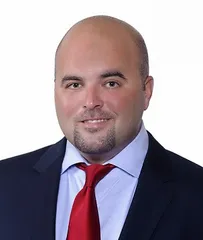 From his arrival in Miami as a teenager on a raft to co-managing one of America’s fastest-growing privately held firms, Kleimer Cruz’s story is all about making connections and advancing as a successful businessman. See how Kleimer Cruz and Santy Fernández first made their start in the United States and how they’ve grown Bore Tech into a thriving enterprise and business-to-government (B2G) contracting firm.

When Cruz stepped onto American soil, being only 13 years old and in such risky circumstances, he couldn’t imagine what fate would hold for him in the land of opportunities. Today, together with his former study and work partner, who became a lifelong friend, Santy Fernández, he leads a multi-million dollar company that does business with the federal government and public utilities.

From his arrival on Miami’s coast in 1994, Cruz was accompanied by relatives and people from his neighborhood. They were picked up by a cruise ship and then brought to a coast guard. They ended the journey in Key West. That was the last day people arriving on rafts were welcomed. Cruz was part of the last group that wasn’t sent to Guantanamo, he recounts.

His father, who also came on a raft a few months before, was waiting for him. His mother was left behind, and they could not be reunited again until 2002. Cruz acknowledges the transition to life in the United States was very drastic and difficult for him at first. However, he started school in seventh grade and started working part-time at the age of 15.

When he turned 18, he started working at the infrastructure and construction firm Mas Tec, founded by Cuban Jorge Mas Canosa. It was there that he acquired the skills that helped him become what he is today: driving commercial trucks, operating machinery, working with fiber optic cables, and installing ducts.

All that experience, along with several ups and downs in various jobs and small businesses that he had later, led him to rethink what to do. That’s where Santy, the old friend whom he never lost contact with, came in. They created K&S Underground in 2010, which is still operating. In November 2011, they founded Bore Tech, which has grown to hold many contracts.

With economic difficulties and inexperience making their small business future uncertain, the team decided to focus on what they had the most experience in and what they did best: communication, pipes, and rough construction.

Kleimer recounts that at the beginning there were only three people: his father, Santy, and him. The family concept was maintained over the years, with several of his relatives and Santy’s relatives being incorporated into the business. In 2019, the company reached 67 employees, all with medical insurance and annual salaries ranging from $40,000 to $115,000.

The company is able to provide competitive compensation for its employees in part because it grew by 1,137% from 2016 to 2019. It also went from earning $3.6 million to $12.9 million in revenues annually. Cruz and Fernández attribute much of their business growth to their transition to doing business with the federal government. Rafael Marrero, the nationally recognized expert in federal contracts, was their guide from business-to-business to business-to-government.

The team at Bore Tech was introduced to Dr. Marrero and learned about his experience helping companies grow as successful federal contractors. After discussing their options, the team decided to pursue certifications, SMART business plans, and other helpful strategies.

The first step was to help the team become certified to increase their access to set-asides and other benefits. Dr. Marrero assisted them with obtaining a Minority Business Enterprise (MBE) certification for national recognition as a minority-owned business. They also pursued Disadvantaged Business Enterprise (DBE) certification from the U.S. Department of Transportation.

After becoming a certified contractor, Bore Tech was introduced to key companies and individuals in the federal contracting sector. Dr. Marrero introduced them to the U.S. Hispanic Chamber of Commerce (USHCC), which helped them gain meetings in Washington, Pennsylvania, and Arizona to interact with national companies.

Dr. Marrero also helped refine the team’s branding and business operations. He achieved this by implementing a SMART business plan to identify specific, measurable, assignable, realistic, and time-related goals. These goals applied to the accounting, organization, quality, safety, and other aspects of the company.

Next, he advised them on federal branding strategies, like creating a dedicated website that helped Bore Tech stand out as a successful and experienced contracting firm. This helped them achieve the visibility they needed to do business with Uncle Sam. 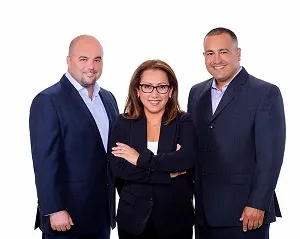 Bore Tech has made it twice to the Inc. listing of the fastest-growing private companies in the US. In 2018, it was in the top 5,000, and in 2019 it was in the top 500. Thanks to Rafael Marrero connecting with Senator Marco Rubio, the United States flag was flown over the U.S. Capitol on June 1, 2019, in honor of Cruz, Fernández, and the team at Bore Tech. They received the flag and a certificate as praise for their efforts.

As of 2019, after Cruz’s and Fernandez’s company was certified and started doing business with the U.S. government, it operated as a subcontractor in four federal contracts, including the extension of the Palmetto Expressway from 88 Avenue to Flagler Street.

Thanks to Marrero, they have also managed to renegotiate a three-year fiber optics contract with Crown Castle, a large, publicly-traded company that manages T-Mobile and Verizon network construction projects. When they first considered negotiating the contract, they attempted to do it alone. Unfortunately, it was rejected. They returned with the expert contract negotiations assistance of Rafael Marrero and ended up with a better deal than expected, thanks to his negotiation skills.

Currently, Bore Tech serves Miami-Dade and Broward counties. Their goal is to cover the entire state of Florida. They’re approved for this project and waiting for the measured, structured approach to begin. Long-term goals include expansion in other states, such as Arizona, Tennessee, and North Carolina.

Grow Your Business With Dr. Marrero

Kleimer Cruz concludes that the company he co-owns with Santy Fernández is a tight-knit company that is still growing. He attributes much of his success to the insights and expertise of Dr. Rafael Marrero. Contact Rafael Marrero & Companyto learn about more success stories and see how you can improve your business by offering services to the U.S. government.